The guys over at Juno Computers reached out to me recently to see if I was interested in doing a review of their new Jupiter Laptop. I decided to take them up on their offer, and have spent a few days with the laptop. Here’s my Juno Computers Jupiter laptop review.

Juno Computers is a small Linux computer company based in the UK. They have three machines in their line-up, the Jupiter (which this review is about), the slightly lower powered Nyx laptop, and the Olympic mini PC (think Intel Nuc).

All of their machines come bundled with either the latest LTS of Ubuntu, or the latest version of Elementary OS. I like to think of Juno Computers as a fledgling version of companies like System76 or Entroware.

The base version of the Jupiter laptop comes with some really high quality hardware bundled in:

With the specs above, the Juno Computers Jupiter laptop performed extremely well. At no point did I notice any lag whatsoever and the whole experience was really pleasant.

Personally, I’m not a fan of benchmarking stats as I prefer to go on how a device feels when in use. Having said that, I did run some benchmarks for those of you who love numbers. You can look at the benchmark report here.

The Jupiter laptop is a nice looking piece of kit, although not my cup of tea. Ultrabooks like the X1 Carbon (which I own) and the XPS 13 are much more my thing.

For your money, you get a “silver aluminium chassis” (although to me the case felt plastic but solid) and a well sized backlit keyboard. I’m writing this review on the the Jupiter, and the keyboard is really nice to use. Not quite as good as the keyboard on my X1 Carbon, but the X1 keyboard is by far the best I’ve ever used.

The trackpad is quite small, but I prefer that to the massive ones you get on some laptops. My preference is a smaller trackpad and a larger, better keyboard – which is the case on the Jupiter, I’m glad to say.

Whilst using the trackpad, I found it clunky and awkward to use, but I tend to find that with most trackpads; I’m yet to find one that really impresses me. Personal bias aside, it was business as usual with the trackpad with multi-finger gestures being present and correct.

When trying to compare the Jupiter to the competition, I noticed that both the Entroware Apollo and the System76 Galago Pro appear to share the exact same laptop chassis as the Jupiter. With all three set to the same spec as the basic Jupiter laptop, the prices come out as:

So the Jupiter is cheaper than both Entroware and System76 for what appears to be the exact same machine.

The Jupiter review unit that I received came bundled with both Ubuntu 18.04.1 and Elementary OS Juno. GRUB decided it would boot to Ubuntu initially, but I’m really not a fan of Gnome Shell, so I didn’t spend much time in there. Most of my time was spent in Elementary OS. I’m not going to go into detail about eOS here, if you want to know more check out my Elementary OS Juno review.

The guys at Juno do add a couple of extra programs by default though; mostly under-the-hood stuff for performance, they also have their own app store, Kronos.

Kronos is a very simple application, but it does have some really useful applications in there. One which I was surprised to see was a Google Drive client. I did find myself using Kronos for many of the application I installed, as most where there.

The Elementary AppCentre is also included in this build of Juno, so you can still get all your Elementary goodies if you wish. The Kronos app simply adds some additional curated apps that the Juno team have picked.

One thing I didn’t like about Kronos was the icon. It looked completely out of place within Elementary OS. Whilst it’s a tiny issue, that lack of attention to detail is where many distributions fail.

I asked the guys at Juno if Kronos was available for other distros, they said you can add their PPA and install Kronos, but it has not been tested on any distros apart from Ubuntu and Juno.

Try this at your own risk

Overall, I think the additional tweaks and software that the guys over at Juno added have most definitely been for the better. The experience was always buttery smooth, and I’d expect no less from such a high-spec machine running Elementary OS.

I wanted to finish up this review by mentioning some high level good and bad points that I found during my time with the Jupiter laptop.

We’re at over 1200 words now, so I’d better wrap this thing up. I suppose it all boils down to one question:

Would I buy a Juno Computers Jupiter laptop?

No, I wouldn’t. But that’s not because it’s bad device, far from it – it performed really well. For me it boils down to aesthetics – I just didn’t really like the look of it, and that power button would drive me mad.

Obviously this is just my personal opinion, you may think it’s gorgeous. If the guys at Juno released Jupiter 2.0 that came in a better looking chassis, I’d buy one. In terms of hardware, I have no issues with the Jupiter at all.

If you’re looking for a laptop that performs extremely well, is well priced and will run Linux with no issues, the Jupiter is worth some serious consideration.

If you’re interested in taking a look at what Jupiter Computers have to offer, go take a look at their website – https://junocomputers.com; and if you decide to make a purchase, make sure you tell them that I sent you there. 🙂

Disclaimer: The Jupiter laptop that was sent to me was a loan device for review purposes only. I did not pay for the device, nor did I get to keep the device. I was NOT compensated in any way for this review, this is an honest review and all thoughts are my own. 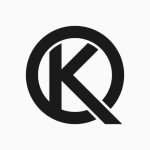 Tech17/10/2018
I wrote in a previous article why I use Linux, and last night the team over at Elementary released the latest version of their Linux OS – Elementary OS Juno. I quickly downloaded the ISO for eOS and decided to …
END_OF_DOCUMENT_TOKEN_TO_BE_REPLACED

Security, Tech04/01/2018
You’re a technical person. You don’t need to use a password manager, because you have mastered the art of obfuscating your password so it can never be cracked, right? Wrong! Let’s have a chat about why your password is probably …
END_OF_DOCUMENT_TOKEN_TO_BE_REPLACED

Privacy, Tech02/02/2019
I recently wrote about how I nearly lost all my data. Honestly, it was a blessing in disguise as I now have a far more powerful and capable server to store and backup my data. After a tonne of research …
END_OF_DOCUMENT_TOKEN_TO_BE_REPLACED

How To Convert WordPress To Markdown

Tech26/12/2019
This post was updated on 22nd Jan 2020 with additional details from the developer of the conversion script. Markdown is a simplified version of HTML that is widely used by a number of content management systems around the Internet. If …
END_OF_DOCUMENT_TOKEN_TO_BE_REPLACED